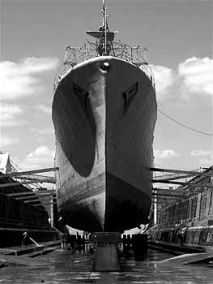 The hulk, ‘Canterbury’ sinking has been postponed to November 3 because bad weather prevented the tug from Auckland travelling to Opua thereby not allowing the engineers enough time to set the explosives.

The 3rd was chosen because the Harbour Master was not available on the 20th-27th. He controls the day-after the weather and the tides. The other controlling factor is the presence of dolphins as there is a resting place, which they use in the Bay when the sea outside is very stormy, but rarely. There is a spotter plane and helicopter before the event which will look for them.

So, with all these factors, yes, the scuttling will take place on November 3!

The RSA will have their powhiri on Friday 2nd, without the Malaysian contingent.

There is a powhiri today, Friday 12th , for the explosives engineers, Cadre One, at the Marae, which looks very spruce and fresh after hard work by some haukianga.

We’ll keep you updated. Check to see if your names are included on the day if you have previously booked – with Richard Witehira, Canterbury Project office-094027644