We have had a Special AGM election of Trustees on October 16, 2011. There are new Trustees. The hau kainga decided that after they had to clean out the rats, that changes were needed at the Marae. They had left its care to the Trustees most of whom did not attend meetings or did not live in Rawhiti. Only Rahema Hook lived there for the last few months. This had come about because of the few people who wanted to be Trustees. The cleaning of the Marae was haphazard dependent on the Hook whanau or whanau who used the Marae. 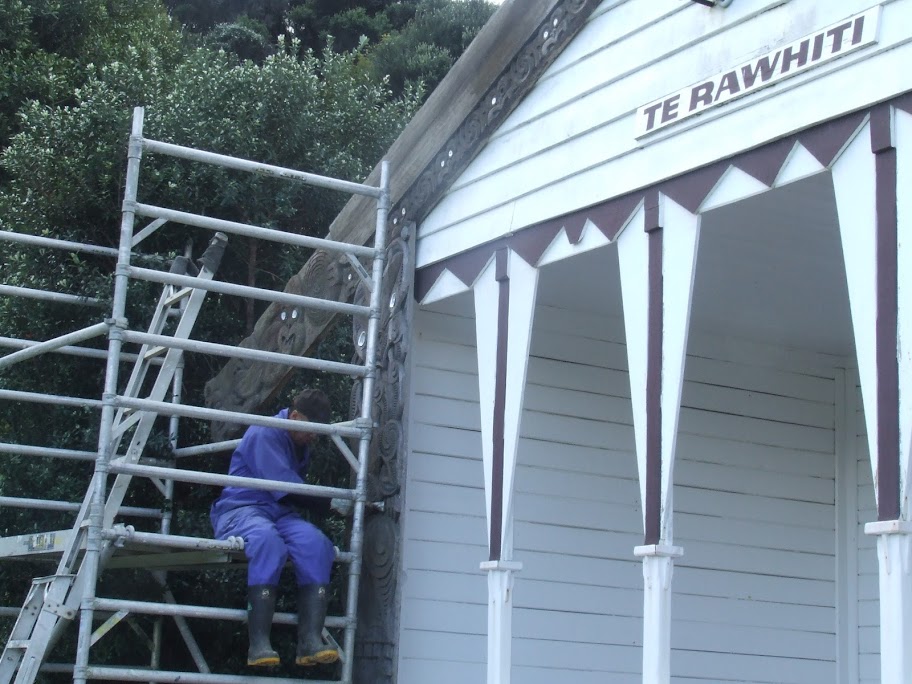 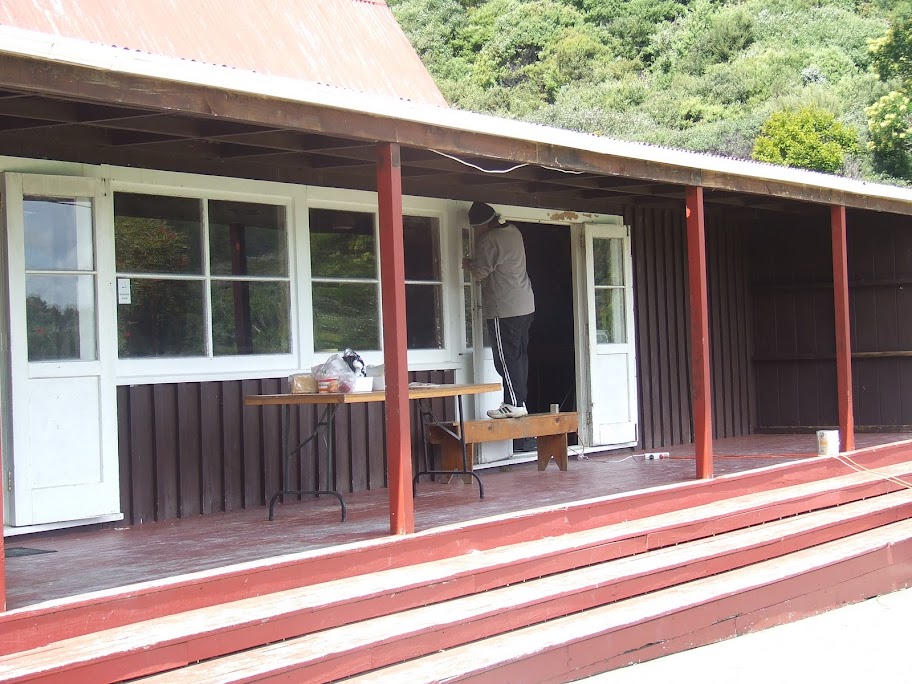 The Marae belongs to all the whanau and the whanau have all moved in to clean it up. They have been in to the Marae and pulled out the kitchen cupboards, begun repairs on the old storeroom and cleaned out the old storage shed at the back. The kitchen crockery, cutlery and equipment have been sterilised and packed in to large plastic bins with wheels and lids. The covered trolleys have some crockery for use.

The rats have been trapped and sent out in to the bush where the traps are. When there is a nil kill rate out there then everyone will be happy.

The art works at the Marae are being refurbished-framed artworks in the dining room, the carvings on the Whare, the kowhaiwhai frieze on the verandah, -and a gateway is being built. This is because there is a grant to do this which runs out soon- they have to be completed by October 31. 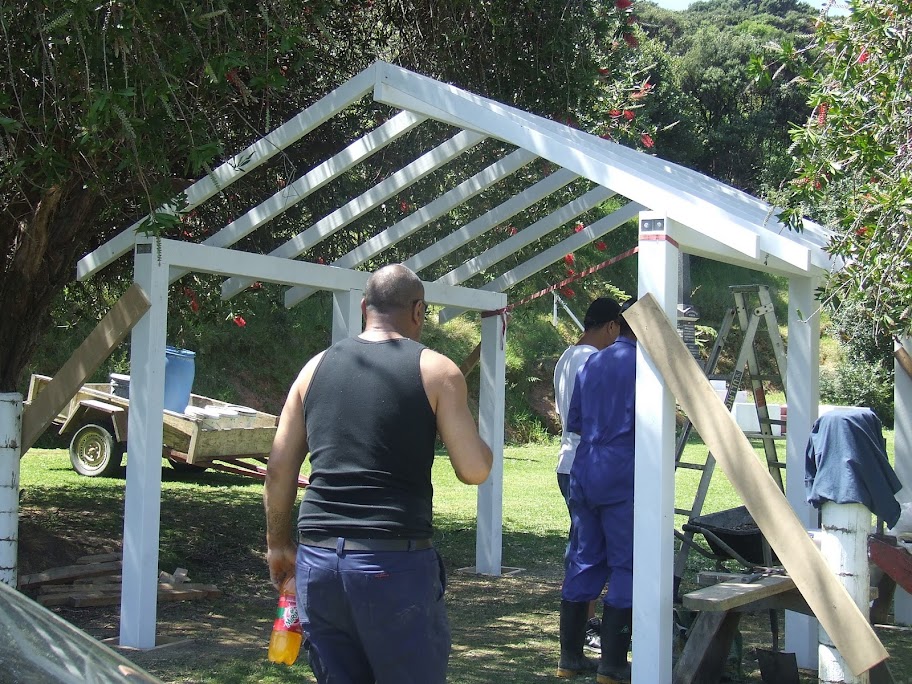 In the photos above, Arthur Wood is cleaning the carvings; new trustee Chanel Bearsall is sanding the front of the whare kai and Russell Hook, Arthur Wood and Rob McPherson are just some of the workers building a whakaruruhau. There are more photos from the Working Bee at Google Photos.

So, the haukainga are very busy and have renewed energy for our Marae and its future. And this is tino pai rawa, tumeke and fantastic.

If you have a spare hour or day or so, come to the Marae and do something!

Della is at the Marae everyday and provides food.