Photos of our Tupuuna and Whanau 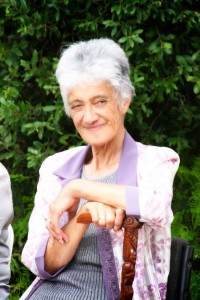 This is to inform all our whanau that there is a team of volunteers working on painting the pegboard wall and ceiling of our wharehui. They have removed all the photos of our tupuuna and whanau and placed them inboxes in the taumata area while the painting is in operation. The team consists of Maude Ririnui, Harata Clarke and Charmain Garland. I’m updating the names of each photo for our records and adding general information, like, who the parents/grandparents are etc.

Many of the photo frames are in need of repairing, and the team have purchased wire for the backs as many of the strings have come undone or just disintegrated: screws for the backs for attaching the wire; stickers for renaming and other bits and pieces.

As a further step to “tidying up” the photos, we thought that it may be a good idea to digitalise each photo, BUT we would need the permission of each whanau to do so. I do remember that many years ago, there was a plan to ‘standardise’ each photo, but that idea did not eventuate as there were whanau who objected to it.

So, whanau, this is the reason for this notice to you all. If you agree to having your whanau photo at present in the wharehui being digitalized, that’s fine.

On the other hand, if you DO NOT agree, that’s fine too.

The process for digitalizing each photo, requires the photo being removed from the frame and a copy taken using a digital camera. Some of the very old whakaahua are delicate, and whanau may want to leave them as they are, do the copying themselves or have them done professionally.

I will do a follow-up panui as to how we will receive your reply.