I would like to acknowledge the passing of our beloved Uncle Bob, Robert Ellis, husband of Elizabeth, father of Hana and Ngarino and grandfather of Emere, Hana Te Paea and Takimoana.  Father in law of Nepia and David.

Uncle Bob first came to Te Rawhiti in 1964 in the days when the only way to get here was by boat, seaplane or a long hike over the hill from Whiorau.  Photography was one of his many hobbies and he took hundreds of photos over the years of Te Rawhiti when all the hills were clear of trees from Kaimarama right up to Rakau Piki.  Uncle Bob related a time in the 60’s when he had walked to Kaimarama with his camera.  He was down on the beach near Uncle Tarau Titores whare when he heard a deep voice shouting.” hey pakeha- what you doing here?”  “Oh” he replied, “I am staying with Walter Mountain”  ‘Come over here, let me look at you.”  They became firm friends after that.  Uncle Bob came home often and helped out at the marae when the whare hui was lifted and moved to its present location.  He also put in hours of labour helping build the whare kai alongside Uncles George and Arthur Hakaraia, Mana Tawhai, Uncle Moka, Hone Heke, Ron Higgison, and many others.  One of his friends, Gordon Smith, was an architect who designed the whare kai.

Uncle Bob was also honoured to be a member of the Russell RSA for many years and would go with Gramps to meet their old buddies.  I must say though, he wasn’t used to the serious level of drinking style of his father in law and his relations in there, and learnt to decline the invitation to go for a quick drink in Russell…as the quick drink always turned into hours – the quickest part was the drive home, by which time he was green around the gills.

Uncle Bob loved Te Rawhiti and Rakaumangamanga was taken to the world through his paintings, his tapestry design in the Aotea centre and his stained glass design in the Parnell Cathedral.  In the early days when we were fundraising for the new build, he designed 2 tshirt logos to sell.

We will remember him with love and respect for all he contributed to our whanau and our community. 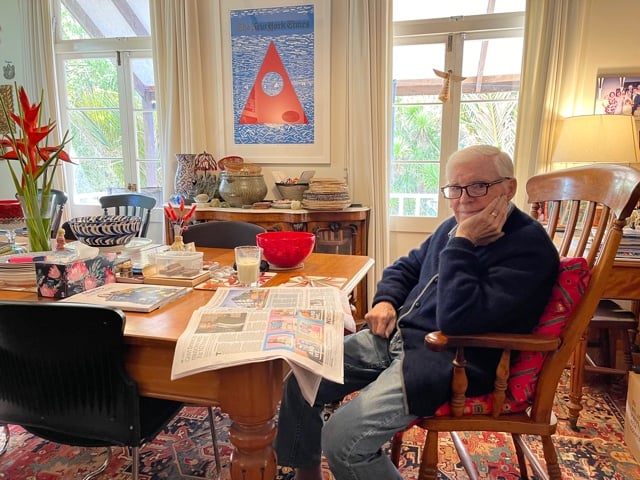